Enjoy this trailer for my next project, Don’t Frack with Denton, a documentary about the grassroots movement to ban fracking in Denton, Texas. The premiere is on May 8th, 2015 at the University of North Texas Department of Media Arts in room 184 at 7:00 pm. This screening is free and open to the public.

Creative Resistance, a showcase for activist art, has chosen to spotlight my latest video of Puppets for the Planet performing “Won’t You Be My Neighbor?“, a humorous look at the serious dangers of fracking here in Denton, an everywhere else too. Coming soon: “Don’t Frack with Denton“.

Puppets for the Planet Presents: “Won’t You Be My Neighbor?”

Posted on September 1, 2014 by Garrett Graham

In anticipation of my next documentary, Don’t Frack With Denton, here’s a fun little treat from Puppets for the Planet, a delightful group of artists and puppeteers lending their creative talent to the movement to ban fracking in Denton. On November 4th, 2014 the people of Denton will have their chance to vote on this issue. Until then, groups like Puppets for the Planet are getting the word out and having fun with it too.

Don’t Frack With Denton is a documentary film by Garrett Graham about the movement to ban fracking in Denton, Texas. It is being produced in partial fulfillment of the University of North Texas Master of Fine Arts degree in documentary filmmaking and will be completed in the spring of 2015.

Interviewed in the North Texas Daily (2014)

This interview was originally published by the North Texas Daily on August 26th, 2014.

While Denton decides what to do about hydraulic fracturing in and around its neighborhoods, UNT graduate student and local documentarian Garrett Graham will film the proceedings and movements for his latest documentary, “Don’t Frack With Denton.”

END_OF_DOCUMENT_TOKEN_TO_BE_REPLACED

Blockadia Rising: Voices of the Tar Sands Blockade will be screening on the opening night of the first Social Justice Film Festival sponsored by the Dallas Peace Center on June 3rd at 7:00 pm at the Unitarian Universalist Church of Oak Cliff. I am very honored to be a part of this event. If you can’t make the screening you can always watch the film online but I find that rabble rousing for social justice is so much better with other people.

Reports From the Edge produced this wonderful mini-documentary about the SXSW premier of Above All Else that features interviews with the filmmakers and some of my Tar Sands Blockade friends who joined me at the premier in Austin. What a great night!

Reports From the Edge is produced by This American Land, the leading conservation news magazine program on public television stations nationwide – reporting on America’s landscapes, waters, and wildlife with stories that inform and entertain. 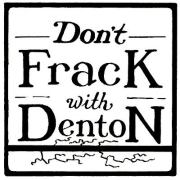 I am excited to announce my next documentary film project, “Don’t Frack With Denton“. The finished film will be thirty minutes in length and shot during the summer and fall of 2014. Post-production will conclude in spring of 2015

My goal is to follow the local movement to ban fracking in Denton and interview its participants in it in order to capture what makes this particular fight against fracking unique and significant. To that effect, I want this film to be as much about Denton as it is about fracking in order to find out what Denton means to the people in this struggle and how that affects the way they organize. END_OF_DOCUMENT_TOKEN_TO_BE_REPLACED